Business Sydney | The University of Sydney

Scaling businesses are economic accelerators, yet many go overseas or welcome foreign acquisitions/investment – the summit will explore opportunities and necessary conditions to help them grow, innovate and mature here in Sydney. Most of these barriers and opportunities also apply to incubating ideas and enabling start-ups, as well as regenerating large businesses and getting them interested in R&D in Australia. Businesses at all stages of growth and maturity will therefore benefit from the conversation and the connections made on the day. 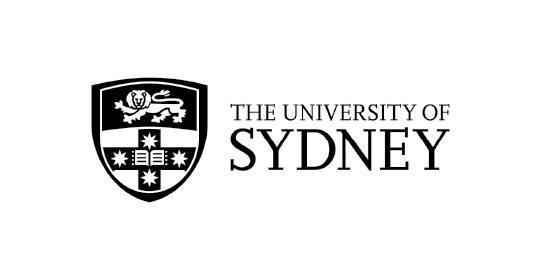 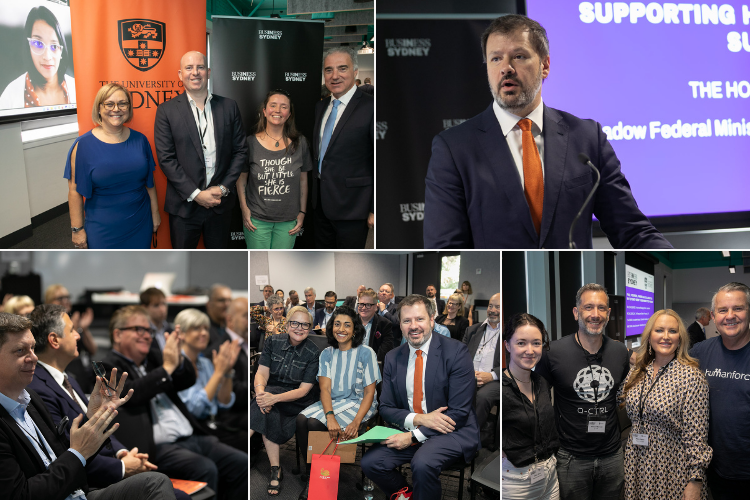 Panel one: Creating an Ecosystem to Nurture Thriving Businesses

Companies with innovative products and services are drawn to cities around the world that offer it all: a talented workforce, a large sales market, a sophisticated ecosystem of peer companies, access to capital and a business culture of measured risk taking for early stage investment. Does Sydney have this? What are large global businesses looking for when they choose to set up in a city and how do quickly scaling businesses access these global businesses. We speak with a panel of experts from large multinational and Australian businesses to understand what ecosystem they are looking to invest in, and we unpack how Sydney can improve its competitiveness in relation to other global tech hubs. 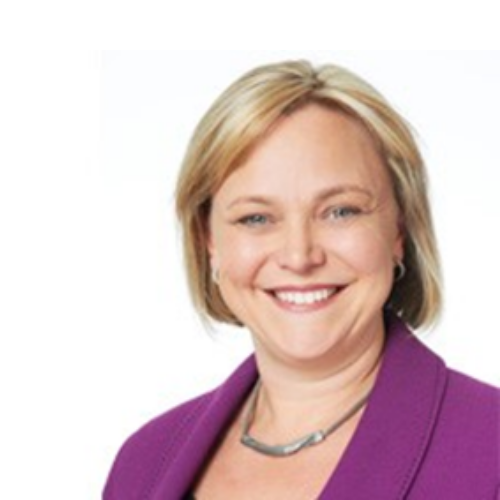 Kirsten is the Vice-Principal (External Relations) at the University of Sydney. The role is the University's strategic lead for externally facing activities, with responsibility for industry, government and community engagement, marketing and communications, media and public relations, museums and cultural engagement, events and student recruitment, admissions and mobility.

Kirsten joined the University of Sydney in 2013 as Head of Media and PR before becoming Director of Media and Government Relations.  She then spent three years as Chief of Staff to the Vice-Chancellor.

Prior to joining the University, Kirsten held senior positions in government and the not-for-profit sector, including at the National Heart Foundation, as Chief of Staff to a federal minister, and Deputy Director of Communications to the Premier of New South Wales.

She began her career at the University of South Australia where she worked in public affairs and student recruitment. 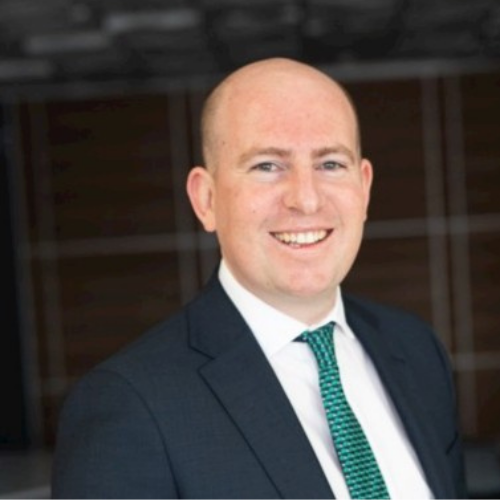 Throughout his extensive 20-year career with the Westpac Group, Shane has held senior leadership positions in product, marketing, transformation and program delivery across Australia and New Zealand.

Prior to joining Business Lending, Shane lead the large-scale Line of Business transformation program for the Group. He has also held Chief Product Officer and Chief Experience Officer roles in New Zealand. 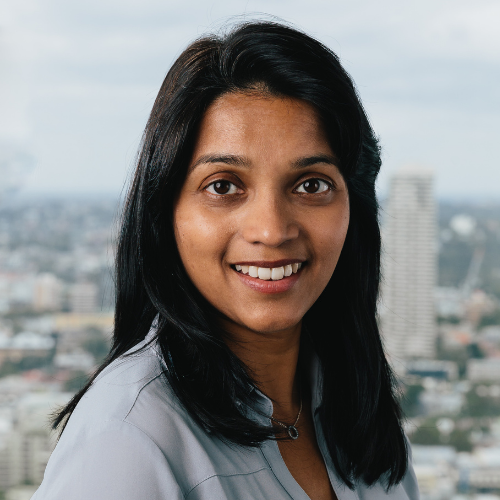 Lizelle is the leader of the ISV Partnerships team at Microsoft Australia and is focused on the success of Australia’s digital and technology companies, that are innovating to deliver new products and services, for the growth of the Australian economy. Lizelle leads a team of Partner Development Managers, who are the quiet achievers behind the success of Microsoft’s most innovative technology partnerships.

With over 22 years’ experience in various roles – spanning technical consultancy, technical pre-sales, product marketing, strategy, sales, technology partnerships and channel, Lizelle is passionate about the long-term success of the Australian ICT channel – and how it evolves to continually deliver customer outcomes. Lizelle has worked at Amazon Web Services, NetApp and Managesoft Corporation, before joining Microsoft in 2021. She has helped grow strategic ICT consultancies and their partnerships with AWS, advising on sales, marketing, and business growth strategies. In 2016, Lizelle was Highly Commended by ARN Australia Women in ICT for achievement in the Channel; and was again a “Finalist” in 2018.

Lizelle has lived and worked in Australia, the United States, Germany and the UK, and has a background living in the Middle East (Oman), India & Peru. She is passionate about people, their personal growth, mentoring, corporate diversity & inclusion and works towards empowering refugees to settle into Australian society. 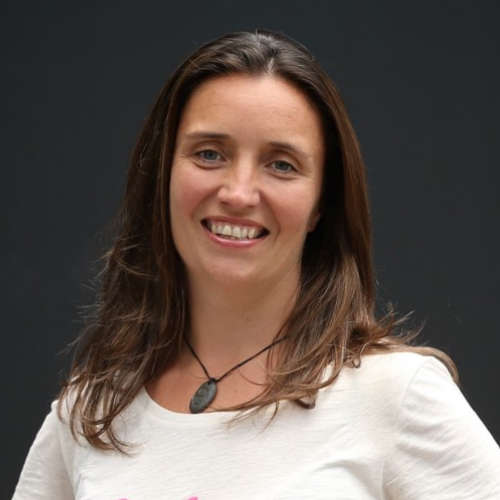 Annie Parker was appointed Executive Director of Tech Central at the Greater Sydney Commission in December 2021.

A passionate believer in the importance of paying everything forward, an active coach and mentor who loves helping founders achieve their full potential. Recognised by the Australian Financial Review as one of the 100 Women of Influence in Australia for 2018, and winner of Most Progressive Workplace leader by Talent Unleashed in 2017.

Prior to Tech Central, she was a senior leader in Microsoft’s Global Startups team leading all Equity and Inclusion and Social Impact partnerships and programs around the world, also building and leading Telstra’s startup program Muru-D and was Head of Ops for Telefonica’s startup program Wayra in Europe. 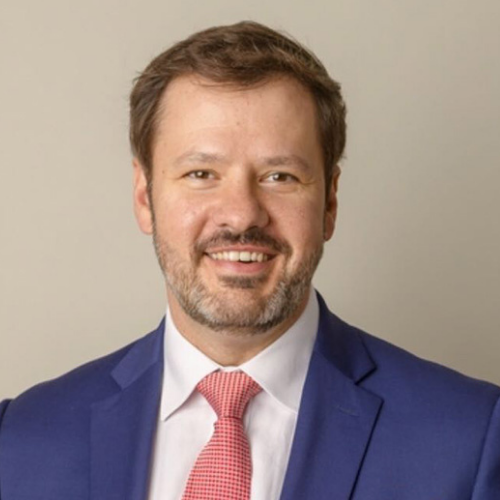 Shadow Minister for Industry and Innovation, Federal Member for Chifley

Ed was elected the Federal Member for Chifley in 2010 and was re-elected for his fourth term at the 2019 Federal Election.

Before entering Parliament, he held several roles within the public and private sector including National President of the Communications Electrical Plumbing Union. Prior to this he was employed with Integral Energy (now Endeavour Energy); a major national energy retailer and NSW based electricity distributor.

In 2021 Ed was promoted to the Shadow Minister for Industry and Innovation. He has had a long-standing interest in the impact of tech on our economy and community and his portfolio appointments and parliamentary interests have focused on this. For a number of years, he has been part of the Federal Opposition’s team developing policies to promote early stage and digital innovation.

Ed was raised in Western Sydney, educated locally, and graduated from the University of Western Sydney with a Bachelor of Arts (Applied Communications). 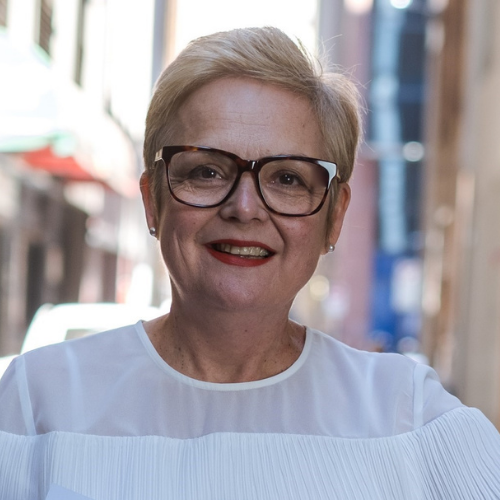 Deborah Young is the founding CEO of The RegTech Association, a global non-profit industry member body focussed on accelerating adoption of RegTech solutions and creating a global centre of excellence. Since helping to establish the Association in 2017, she has led the growth to 180 organisations including 130 RegTech firms. The cohort also includes top tier banks, global technology companies and consulting firms. She has advocated for the industry with Government, regulators, investors and trade agencies. Deborah has led the recognition of Australia as the third highest concentration of RegTech producers in the world and is a sought-after advisor on the global RegTech industry, a regular speaker, presenter and designer of RegTech programs for the association and its partners and engages with regulators globally.

Deborah is an accomplished chief executive, non-executive director, mentor and strategic business consultant. She has over 20 years' experience as a senior executive across financial services, including investment banking, private equity, venture capital, superannuation and insurance spectrums. Deborah holds an Executive MBA (Global) from UTS Business School and was named as one of the Australian Financial Review’s 100 Women of Influence in 2019 for Innovation. 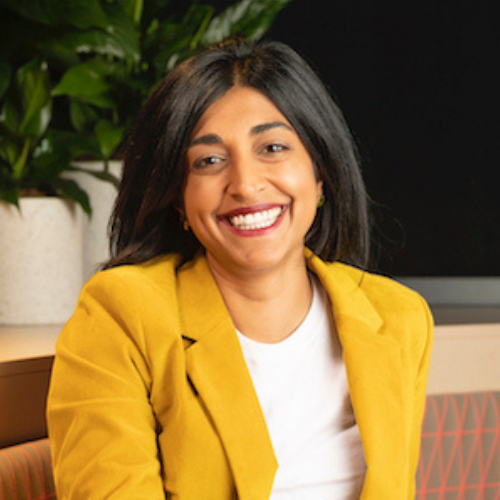 Rupal has been galvanizing nascent startup ecosystems in Sydney and San Francisco for the last decade.  As the Director of the Sydney Knowledge Hub, a research commercialisation incubator that she launched in 2019, she has been catalysing support and enthusiasm for the University of Sydney to have more porous borders with the startup community in Sydney and beyond.

Collaboration has been at the heart of Rupal’s career, including building bridges between the startups and the academic and government sector; developing peer-to-peer learning environments; and bringing cross-functional teams together for a common cause.  She has been hired for her ability to implement ideas, keep her eye on the prize, build strong relationships, and get things done quickly.

Starting, growing and leading a business might just be one of the most difficult projects an entrepreneur will undertake. The less often discussed obstacle faced by entrepreneurs is how to manage your quickly growing and successfully scaling business.

When business is scaling at a rapid pace how can CEOs and founders manage; capital flows, choosing the right ecosystem to set up in, attracting and retaining key talent, putting in place the right internal processes to facilitate growth all whilst selling your products and services to more and more customers.

We hear from a panel of experts on their experiences leading and working with rapidly scaling businesses and hear their thoughts on what we could be doing better in Sydney to support these businesses ensuring they remain head quartered in our city. 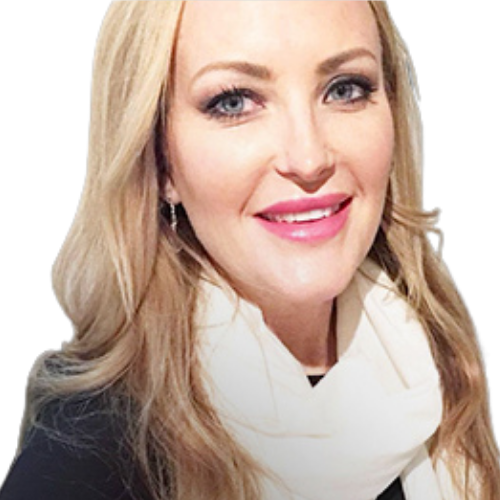 Mimi's career began in digital and technology development in the US including a leadership role at one of the US's first digital pure-plays, which brought her to Australia. Throughout her career, she has led numerous high-growth digital and technology startups to success and IPO, as well as developed and led international commercial partnerships with some of the world's largest companies including Google, Apple, Brightcove and Facebook as well as developed innovation focused partnerships with US-based innovation hub Plug and Play and numerous Australian Federal and State Government partners. 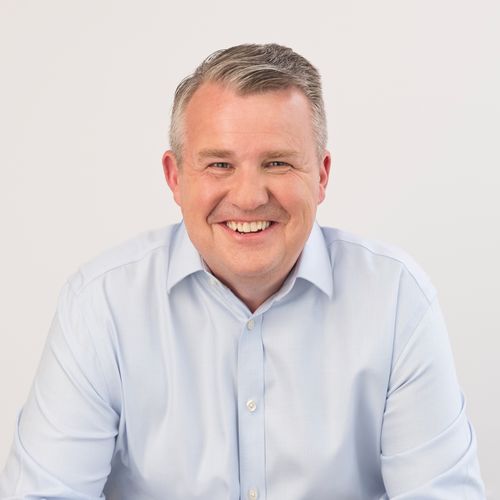 Bruce Mackenzie is the Founder and Managing Director of Humanforce– a leading global workforce management solution.

Bruce’s success stems from his drive to make work exceptional.

Bruce lives in North Curl Curl; is a dedicated father of three daughters and celebrates 38 years with his wife Louise. To relax Bruce is an avid motorsport competitor. 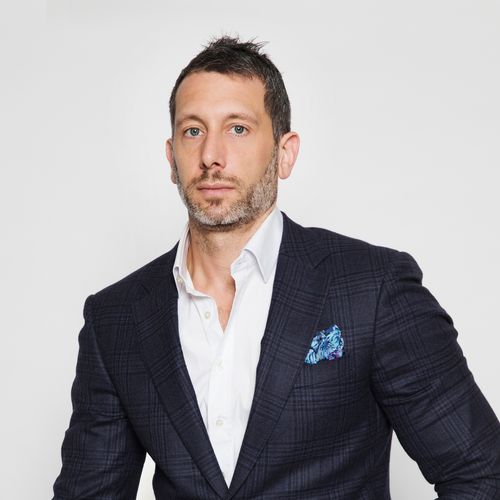 Michael J. Biercuk, CEO and founder of Q-CTRL, is one of the world’s leading experts in quantum technology, an exciting new field that seeks to leverage the exotic properties of quantum physics for real-world benefit.

An award-winning experimental quantum physicist, Michael serves as professor of Quantum Physics and Quantum Technology at the University of Sydney. In 2017, he founded Q-CTRL based on research he led at the university’s Quantum Control Lab.

Q-CTRL is dedicated to helping researchers realize the true potential of quantum hardware, from sensing to quantum computing. In quantum computing, the Q-CTRL team is known for its efforts in reducing hardware errors caused by environmental ‘noise.’ Computational errors are considered a major obstacle in the development of useful quantum computers and sought-after breakthroughs in science and industry.

Michael completed his master’s degree and Ph.D. in physics at Harvard University and his undergraduate degree at the University of Pennsylvania. Upon graduation, he held a research fellowship in the Ion Storage Group at NIST Boulder under the supervision of Dr. David Wineland, a Nobel Laureate in Physics. Michael later served as a technical consultant to DARPA, the premier research funding agency in the U.S., helping steer government investments in quantum information and next-generation computer architectures.

Michael speaks with clarity and authority about science and technology and is adept at making physics accessible to a lay audience. He is a regular contributor to both the technical literature and popular media and is a TEDxSydney and SXSW speaking alumnus.

Major accolades include the 2015 Australian Museum Eureka Prize for Outstanding Early Career Researcher, selection as one of the Sydney Morning Herald’s 100 Most Influential People (2012) and recognition as the winner of the 2011 NMI Prize for Excellence in Measurement Science.

Michael is also an avid collector of mechanical watches, and has spoken at events including Dubai Watch Week and TEDxSydney on the links between high horology and the most advanced research in quantum technology. 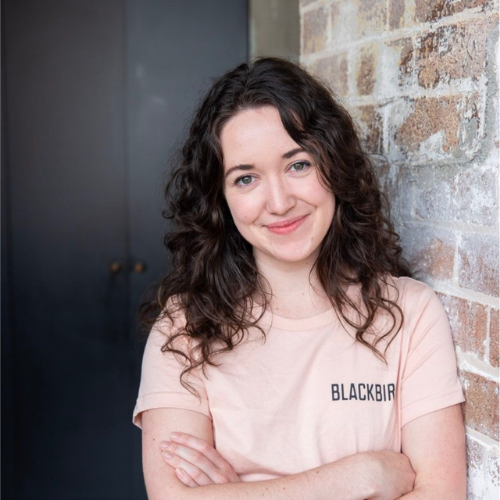 Investment Associate and Scientist in Residence at Blackbird Ventures

Clare is an Investment Associate and Scientist in Residence at Blackbird. She focuses on deep tech, building bridges between scientists and startups, but works generally across verticals to raise up Australia and New Zealand's best technical talent and founders.

Prior to Blackbird, Clare was a University Medal-winning chemist and the first employee at Eureka Prize-winning non-profit DeadlyScience. There, she managed key relationships with corporate and government, fundraised, grew the team, and codesigned impactful education programs for remote and Indigenous students.