Minister for Police and Emergency Services

Deputy Commissioner Webb brings more than 34 years of service to the community as a member of the NSW Police Force, including four years as Assistant Commissioner of the Police Transport & Public Safety Command & more recently, Deputy Commissioner of Corporate Services, managing a $4.6b police budget. Ms Webb also served as the Deputy State Emergency Operations Controller during the Black Summer bushfires of 2019-20.

“This appointment follows a robust recruitment process involving talent from the top tiers of the NSW Police Force and a number of external candidates,” NSW Police Minister David Elliott said.

“Community safety is the highest priority to the NSW Government, and I’m certain Deputy Commissioner Webb will lead the state’s more than 17,000 police officers with distinction in detecting, disrupting and combatting crime.”

Minister Elliott congratulated Deputy Commissioner Webb on her appointment and said the NSW Police Force is in safe hands with a strong, capable & committed leader at the helm.

“Deputy Commissioner Webb will build on the successes of the last decade, bringing continued unity and a fresh perspective to the oldest and largest force in the nation,” Mr Elliott said.

“During her time as a senior executive, Deputy Commissioner Webb has led important law enforcement reform, informed by intelligence & social issues. As the Corporate Sponsor for Victims of Crime, she is acutely aware of the wide-ranging impacts that crime can have on victims, their families & the community at large.”

The Minister paid tribute to outgoing Commissioner Fuller, who has led the Police Force with great integrity and tenacity.

“I know I speak on behalf of the community in acknowledging a debt of gratitude to Commissioner Fuller & his family for the exemplary service he has given to our state,” Mr Elliott said.

On 9th Dec Business Sydney held a reception with the Hon David Elliott MP with over 60 business leaders to discuss how the NSW Police Force & the NSW Government will be working alongside the business community to maximise productivity in the post Covid world.

Business leaders also committed their support & willingness to work with the Commissioner Designate as she takes over as the new Commissioner in the new year.

The lunch was supported by The Star Entertainment Group. 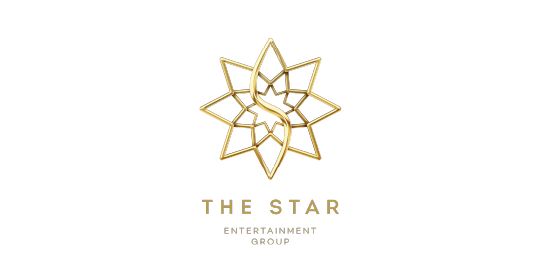 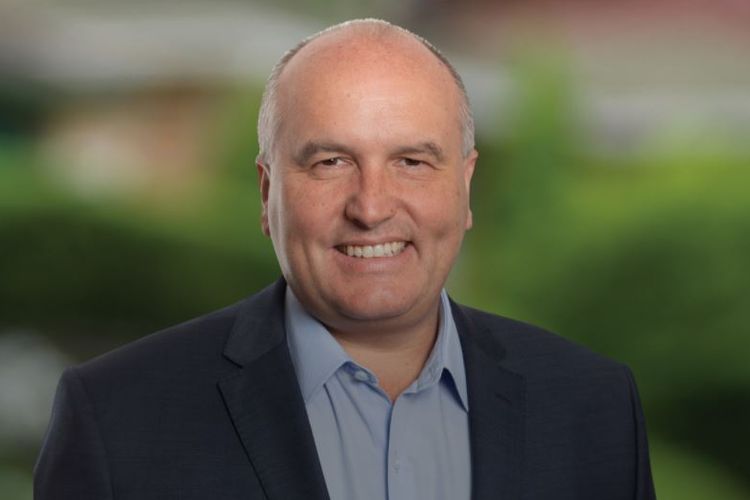 Minister for Police and Emergency Services 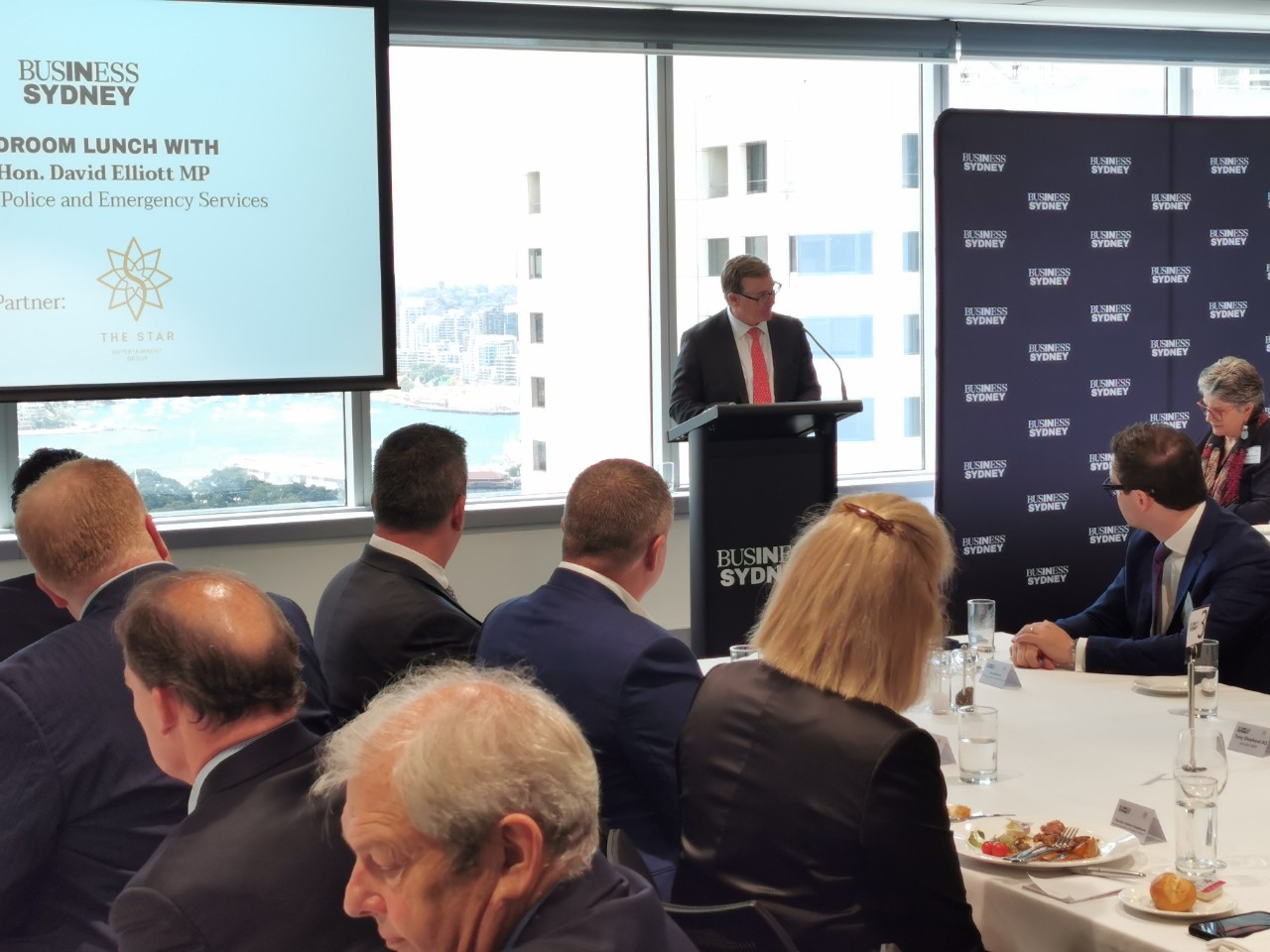 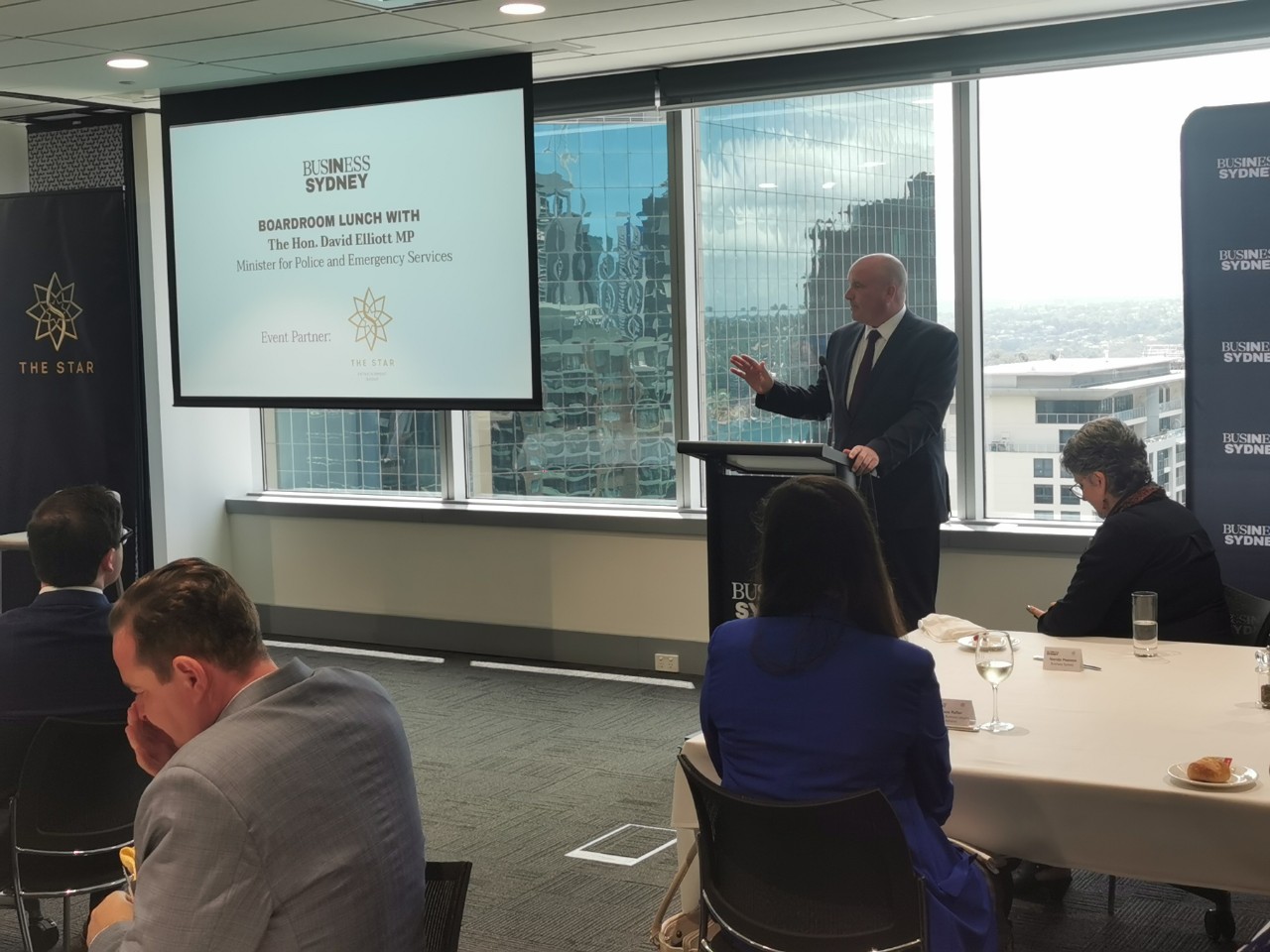 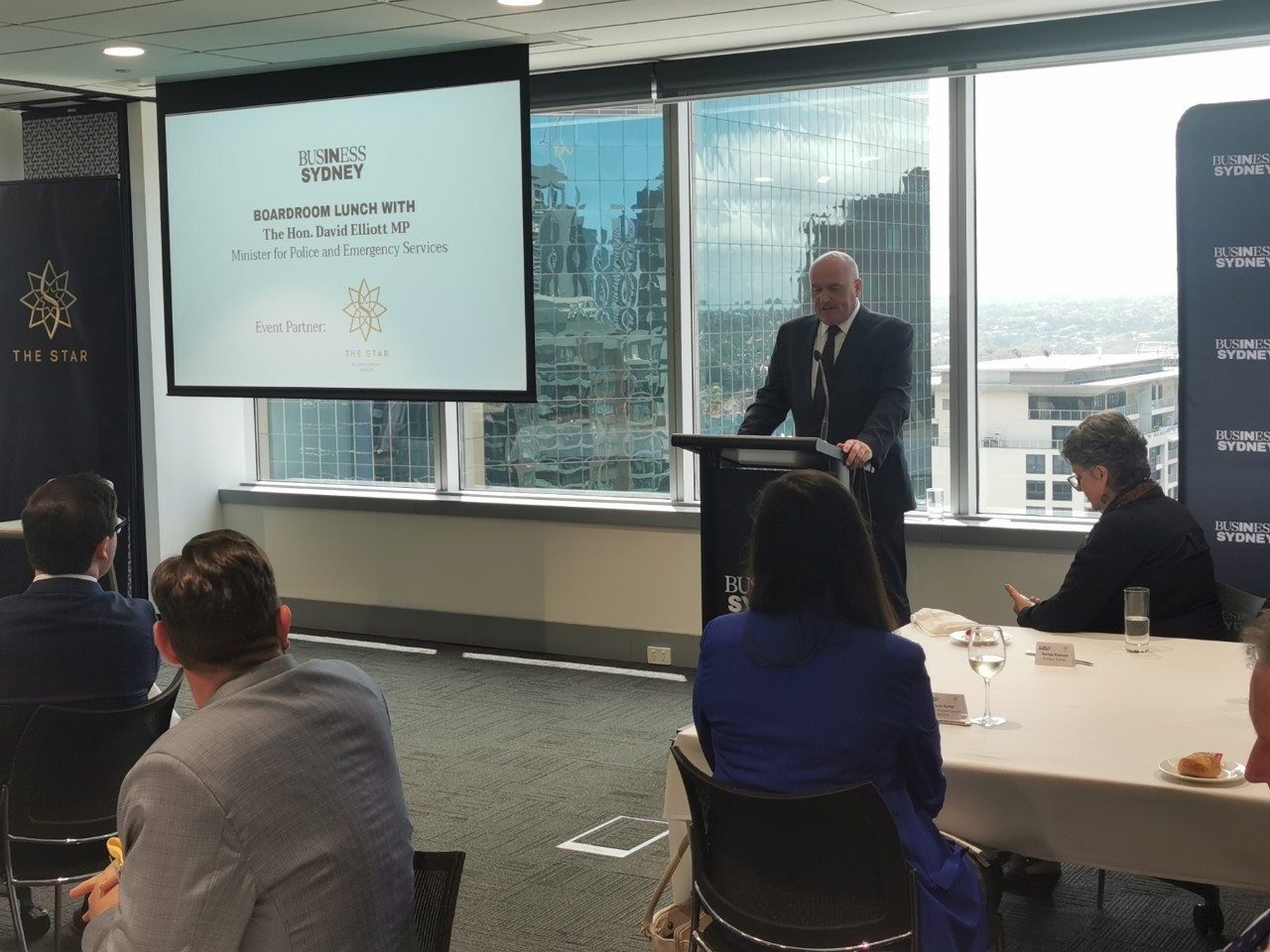 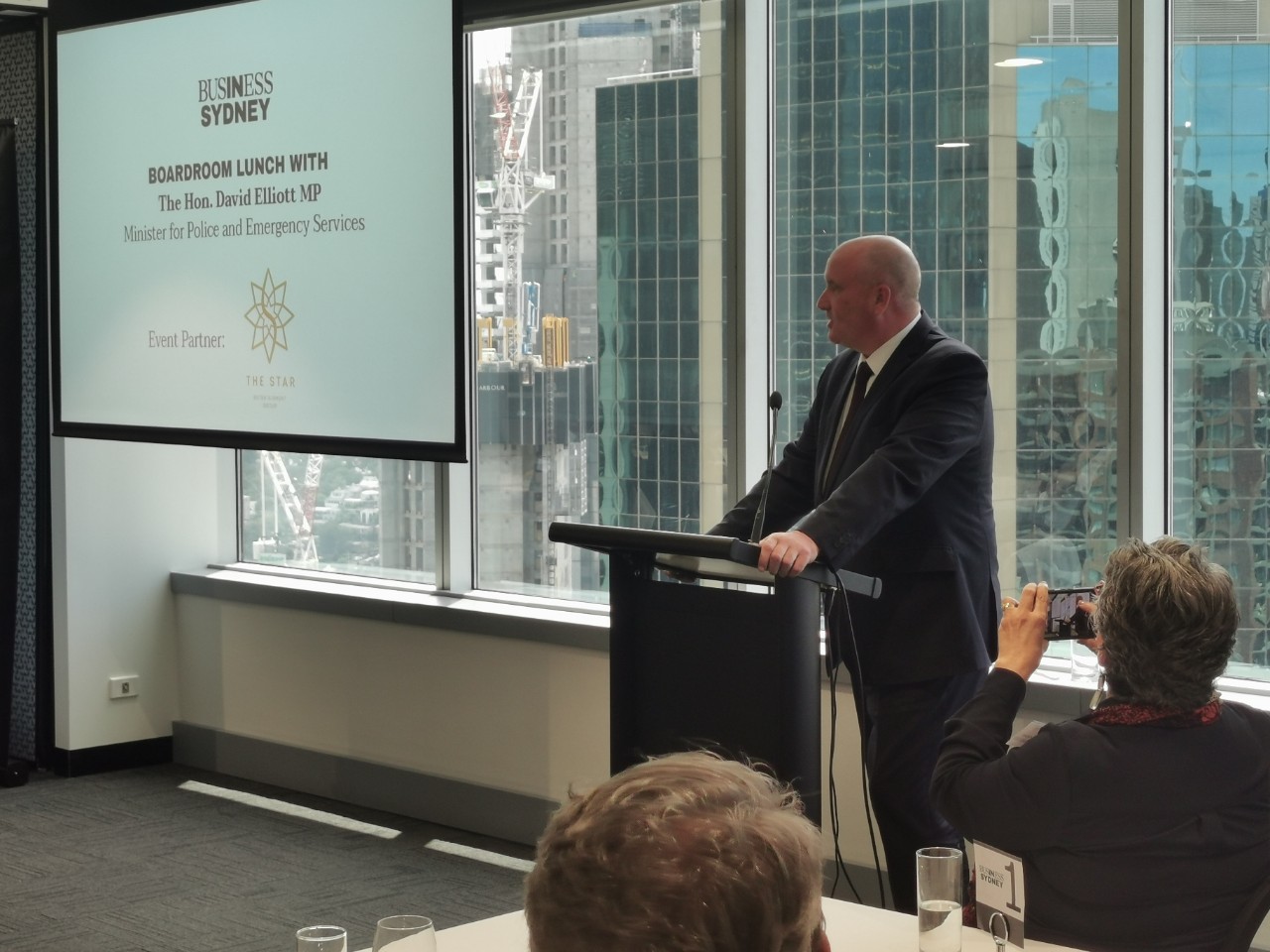 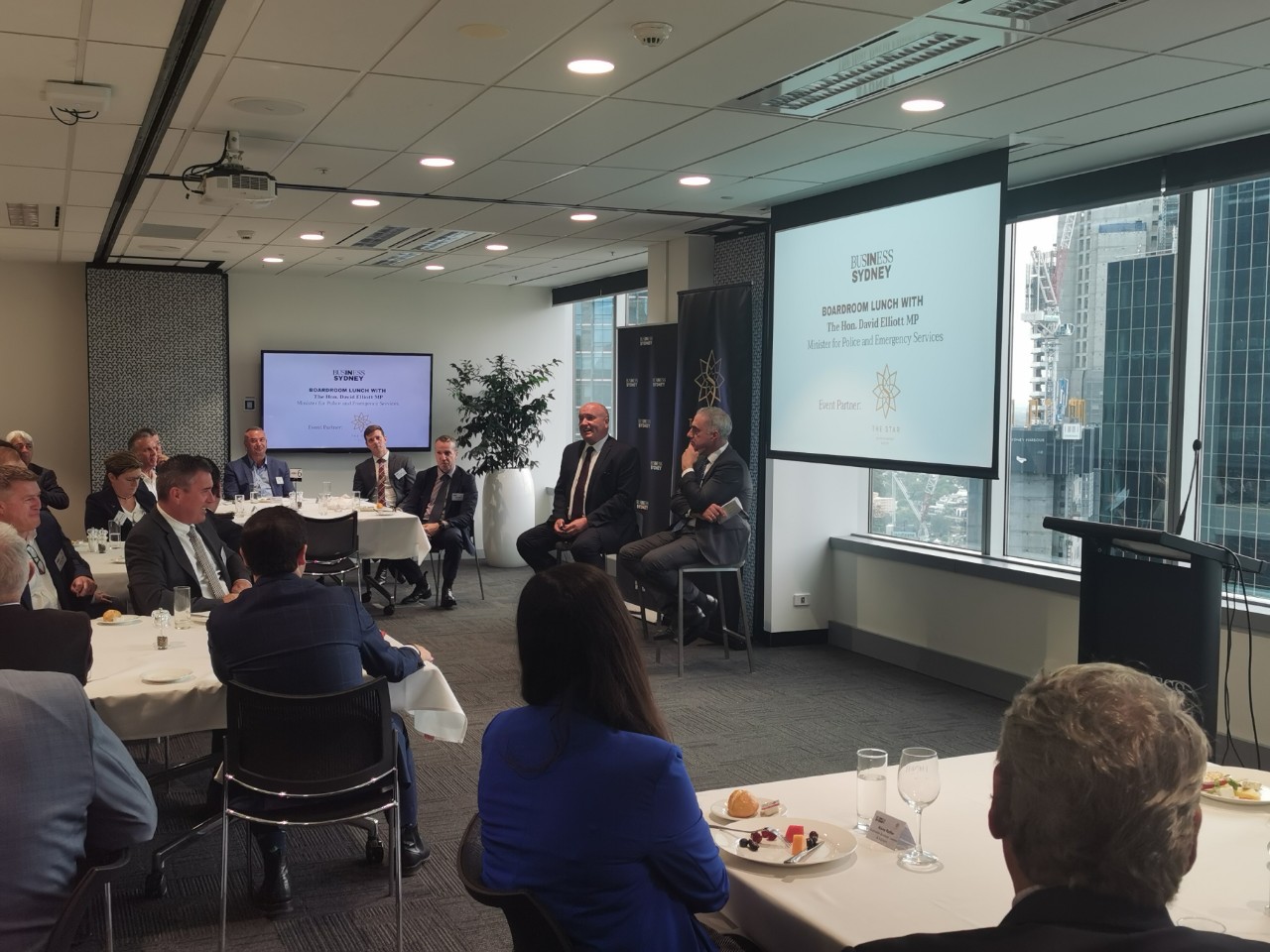 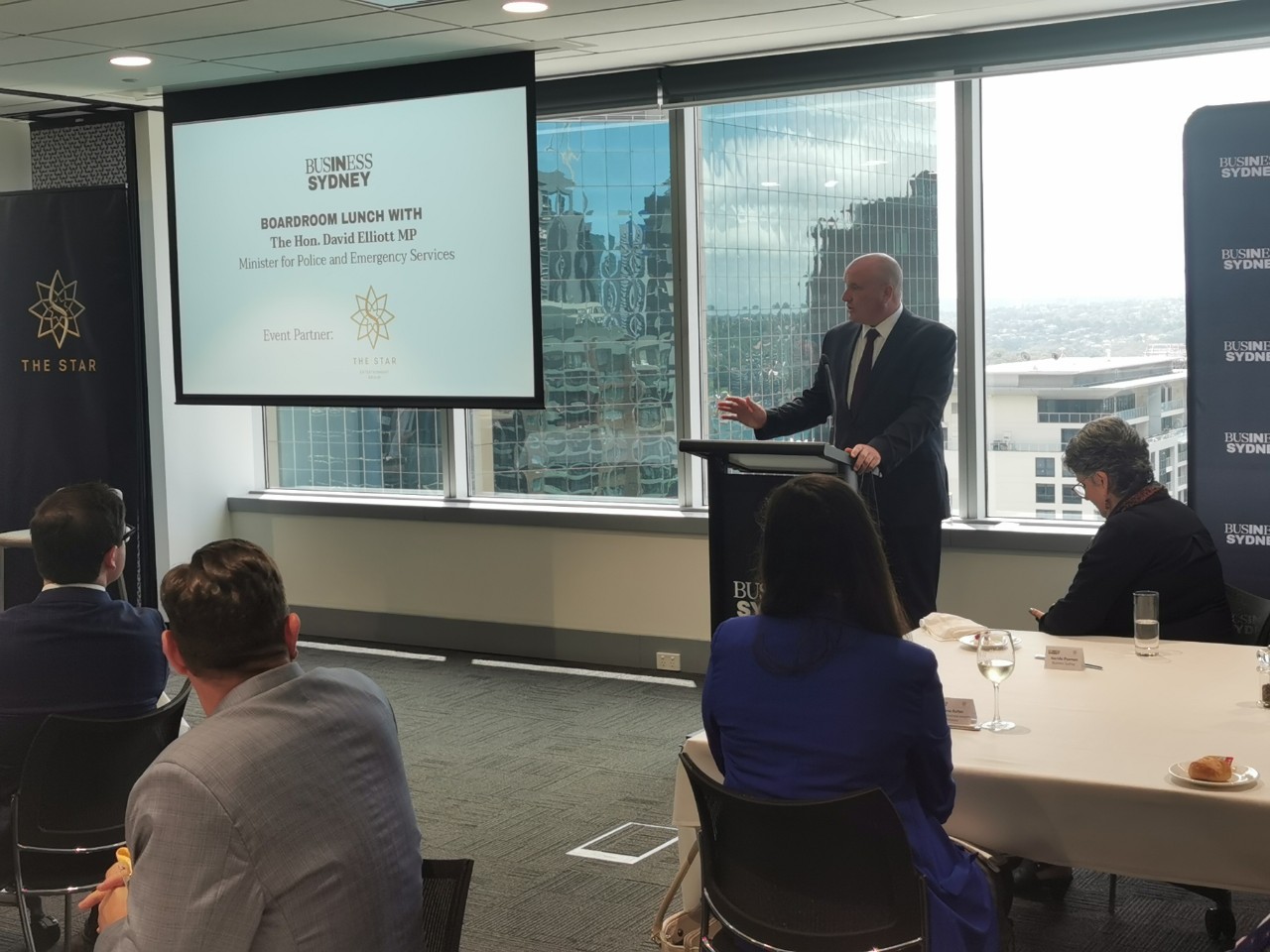